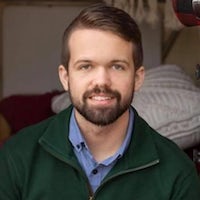 I spent two summers working with academic summer programs for ages ranging from 14 to 18. The first I was in a non-educational role, simply looking after students. The second I worked as an instructor as well as a instructor in computer science (I taught Processing, a Java-based visual programming language developed for beginner instruction by MIT). Both of these experiences (as well as my own experience as a student at one of these camps) gave me valuable insight into how these sorts of academic camps can influence the trajectory of a young person's life.

I went to multiple academic summer camps as a high schooler. The first I attended was an intro programming course in Python. This gave me my first exposure to programming as well as math above the level my school had taught me at the time. I loved it. Nothing made me happier than writing some code and seeing the output on the screen. If I hadn't done this program, I may have never discovered how much I really enjoyed programming and computing and I might not be where I am today.

On the flip-side, I also went to an academic camp for students interested in pre-medical studies. I had good grades in high school and, as most students under high academic pressure from their parents will tell you, the idea of being a doctor, lawyer, astronaut in space was thrown around a lot. I did not like it at all. We held fake clinicals and I hated interacting with patients. I was given the opportunity to shadow doctors and surgeons and it made me sick. The medical field simply wasn't for me. In my opinion, this was just as valuable an experience as finding something I love. I would have been a pre-med "switched major" statistic had I never gone to this program.

At the camp where I solely worked as a counselor, I was able to build relationships and teamwork in an environment truly unlike any other. When you are working with people from 7am to 11pm you tend to bond. Not to mention, it gave valuable experience in developing social and professional skills. I learned common professional procedures, how to interact professionally with parents, and how to thrive in a workplace environment. But other times I was being paid to play soccer on the lawn. It was an interesting balance and I went to bed exhausted nearly every night. But it was a good place for me to grown into myself as a person after starting college.

At the camp where I worked as a counselor and instructor, the work-life balance was nonexistent. My superiors were much more concerned with hitting enrollment numbers, parent satisfaction, and curriculum bullet points than the students we were supposed to be caring for. We were understaffed, lapses in communication were common, and, worst of all, lived in a dorm without air conditioning. We, as the lowest level staff, ended up feeling like overworked grunts, with minimal break time and barely enough time between getting off and being on to get 7 hours of sleep. However, the shining light at this camp was the teaching environment. I was teaching very very basic computer science. I was lecturing on what variables were, what loops were, how to make a function, basic OOP, etc. And I was fixing mistakes I've never even seen before. But it was a great way to reinforce the basics. I'm a strong believer that the best way to learn something is to teach it to someone else and this proved my hypothesis to myself. Not to mention I did many professional development sessions on teaching and education and feel confident in my ability to create a lesson plan and lecture to people on beginner to advanced topics. It was like a summer intensive in giving presentations.

I'd say academic summer camps are about 50/50. If you are a student and you decide to dive into a new topic, you may love it! You may even find your new career path. However, you may hate it and learn a lot about human anatomy in three weeks than you ever wanted to know. That being said, even when I was learning dull pre-med materials, I was still making fantastic friends I keep in touch with to this day. If you are like me, and you come from a low ranked public high school where most people don't have much if any ambition, I cannot recommend an academic summer camp more. You will, for the first time, be surrounded by your peers and it's an experience I will never forget.

As a counselor or instructor, do your research on what you're signing up for. Unfortunately you're usually locked in for 8 weeks or so in constrast to 2 or so for students. Get some testimonials from former employees in your position and decide if it is the right place for you. It can be a wonderful place to sharpen your basics and meet some new people, but it can unfortunately also be a place where you don't even have enough time to call your mom during the week because you didn't get a long enough break.

If you are a prospective student or instructor for a summer camp, all I can say is, good luck. It's a way to spend your summer alright.

Benefits of academic summer camps for students are obvious. The real question is to find one suiting particular student the best: what will be most interesting to learn, what practical skills will be mastered, and which areas of study will be covered. If everything above matches student's expectation he or she will have so much fun learning! The best academic summer camps for kids write my essay